Book Club - The Woman Behind the New Deal: The Life and Legacy of Frances Perkins 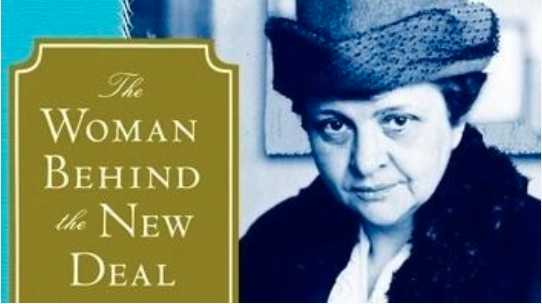 Note: There will be no book club during December 2019.

The Woman Behind the New Deal: The Life and Legacy of Frances Perkins, Social Security, Unemployment Insurance by Kirstin Downey

One of Franklin Delano Roosevelt’s closest friends and the first female secretary of labor, Perkins capitalized on the president’s political savvy and popularity to enact most of the Depression-era programs that are today considered essential parts of the country’s social safety network.

Charles will be moderating this month. Hope you can join us for some thoughtful discussion.

Upcoming books are:
February: The Myth of the Rational Market: A History of Risk, Reward, and Delusion on Wall Street by Justin Fox (Steve)
March: What's the Matter with Kansas?: How Conservatives Won the Heart of America by Thomas Frank (Ed)