We've gone way too long without a movie outing... so please join us while we catch a bite and a beverage at the Mike & Ike Bistro at 6 p.m. and see a great film at the Frank Banko Alehouse Cinema at 7:15. If you can only come for one or the other, that's fine too! If you arrive early (before 6), you may be able to take advantage of Happy Hour discounts at the bar. Please note, parking may be exacerbated by Bethlehem's Christkindlmarkt, which closes at 6 p.m. that day.

"Three Billboards Outside Ebbing, Missouri is a powder keg of rage and raw emotion that deftly dances on the line between dark comedy and wrenching drama." - Adam Graham, Detroit News

"This film is playing a delicate game, offering observations about human nature while it undercuts our expectations about how we watch movies." - Robert Horton, Seattle Weekly

"Three Billboards takes its cues from [Frances] McDormand, who infuses Mildred with uncompromising strength, the kind that allows a formidable woman to go toe-to-toe with any man and strike fear into his trembling heart."  - Robert Denerstein, Denerstein Unleashed 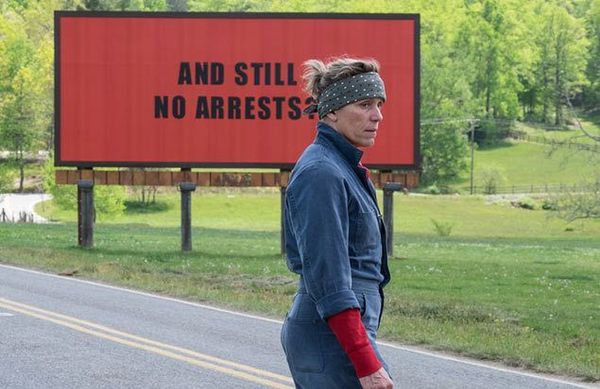 Three Billboards Outside Ebbing, Missouri is a darkly comic drama from Academy Award winner Martin McDonagh (In Bruges). After months have passed without a culprit in her daughter's murder case, Mildred Hayes (Academy Award winner Frances McDormand) makes a bold move, painting three signs leading into her town with a controversial message directed at William Willoughby (Academy Award nominee Woody Harrelson), the town's revered chief of police. When his second-in-command Officer Dixon (Sam Rockwell), an immature mother's boy with a penchant for violence, gets involved, the battle between Mildred and Ebbing's law enforcement is only exacerbated.