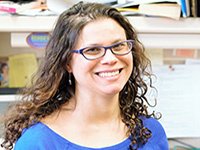 LVH welcomes Colleen Lutz Clemens and Amanda Morris D'Agostino, who will help us explore why humanists should care about toxic masculinity, which is rampant and causing real harm in our society. We must become aware of it, acknowledge it, and then work to dismantle it so we can all be safer. Even still, it is ignored in mainstream media and news outlets when they report and opine about mass school shootings - primarily committed by angry young white men who feel violence is the only way to assert their "manliness." We will also discuss why gender and gender identity formation matters to everyone.

Timeline for this event:

12:30 p.m. - "lunching in" at the center - feel free to pack a lunch or bring cash to take part in our group order for delivery from a local Italian restaurant

Parking: The Community Parking Deck (6th & Walnut) is a few feet from this event. Street parking is available, but limited; meters are not enforced on Sundays. See http://www.allentownparking.com/ for more information.

Previously, she earned her M.Ed. in English Education at DeSales University (where she still teaches courses on South Africa and English Composition) while teaching twelfth grade English in the public system. She earned her undergraduate degrees in English and French Education from Penn State University where she was a Schreyer Scholar focusing on French drama.

Among her creative endeavors, she is the editor of several books of non-fiction including Philadelphia Reflections: Stories from the Delaware to the Schuylkill and has published short essays in various collections including Click: When We Knew We Were Feminists. Her work on miscarriage and infertility has been published in many outlets including here at TRIVIA, in the collection Three Minus One, and in Chatter House Press’s Biting the Bullet collection, where she won honorable mention for her essay “Breath by Breath.” She also contributes to Rag Queen Periodical and Terse Journal.

On the web, she is a staff writer for Bitch Flicks where she writes about issues of gender in popular films. She has published pieces on Scary Mommy, Literary Mama, and feministing. She is an educational expert for noodle.com where she writes about diversity in literature and writing. Her interests in teaching, world literature, and social justice issues come together in her blogging for Teaching Tolerance, a publication she has admired since her undergraduate days.

Colleen has been invited to several venues to talk about the depictions of Islamic veiling in literature and culture and is available for talks and publication invitations. She was the 2016 Chair for the Lehigh Valley Association of Independent Schools’ Women’s and Gender Studies Conference held at DeSales University in April 2016 and at Muhlenberg College in 2017. She is also the Kutztown delegate for the PASSHE Women’s Consortium and chaired its 2016 conference at KU.

Colleen lives in Bucks County with her partner, two dogs, and daughter. She can be reached at [email protected] or via her blog.

Amanda Morris D'Agostino , Ph.D. is a member of the KU English Department’s CRLS team and teaches composition and rhetoric courses. Her research interests include contemporary indigenous rhetorics, specifically Native American Rhetorics, creativity in the classroom, and the power of stories. She has published an article on Native American comedy entitled “Native American Stand-Up Comedy: Epideictic Strategies in the Contact Zone” which appeared in the Rhetoric Review and “Seven Texts to Teach Instead of Ceremony“ which was published on Teaching Tolerance: A Project of the Southern Poverty Law Center.

Amanda currently serves as an editor and photographer for the Wildlife Conservancy in Emmaus, PA and is also a portrait and landscape photographer.

Colleen and Amanda co-host the pocast Inside 254, where they share the conversations they have when they close the door of their office, 254 Lytle Hall at Kutztown University, where they love to talk shop in a fun and approachable way.